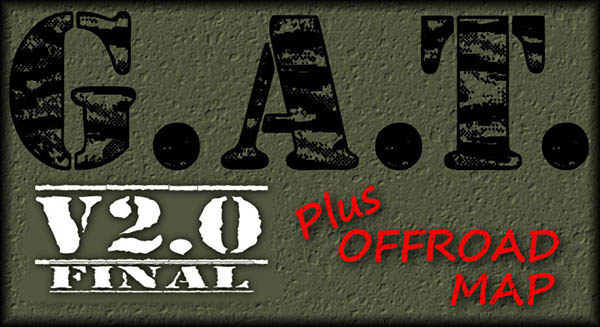 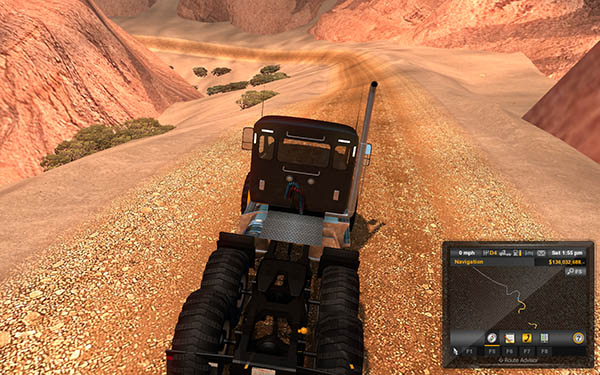 G.A.T. final v2.0
It’s without a doubt a private road with no AI traffic. Since it’s invisible to GPS, it doesn’t interfere with the asthetics of the main map when viewing.
Rest stops located by each fuel station.

From the creator of “Tail of the Dragon” (US129) in Coast to Coast v1.7…………..
As with anything secret, these roads are invisible on the map as well as your GPS, but trust me, they’re there.
Your GPS won’t put you on these tunnels when it plans your route. They can only be found by sight.

The west coast entrance/exit is in Las Vegas Nevada, the central midpoint is northeast of Oklahoma City on I44(Broken Arrow central hub) & the east coast entrance/exit is in Raleigh North Carolina.
v2.0f release:
Added tunnel from Miami, FL to La Paz, MX (mexuscan v1.7.2 required)
more changes to Broken Arrow Central Hub
Added better scenery to the majority of Interstate 10….. (a more pleasant drive now)
Offroad map is located between Interstate 10 & Interstate 20 east of El Paso, TX.
The Offroads Everglades is located north of Miami.
the Seattle as well as the mexico tunnel fuel stations do not charge you for fuel in the G.A.T. (not sure why, but hey…..I ain’t complainin)